Nömadak TX is the story of two musicians who move. They carry a txalaparta, an instrument different from the others, which requires two people. On their journey they met India, Lapland, Sagara and Mongolia, thus merging their music with that of the nomadic peoples there. They cross deserts of ice and sand, they ride horses in the mountains of Mongolia, they cross western India by train.

They did everything to go looking for sounds to make Basque music known in other towns. The show “Nömadak TX Zuzenean” was carried out with audiovisual material collected from experienced experiences and during travel. The txalapartaris Oreka TX, accompanied by their group, invite us to make a spectacular trip in concert, combining music and images on stage. ‘Nömadak TX Zuzenean’ is a show premiered in 2009. It is a complex multimedia show in which images, lights and music are combined, previously recorded all over the world and played live. Txalap.ART organized an ambitious presentation tour.

It premiered at the Auditori in Barcelona to continue in the most prominent Basque theaters: Victoria Eugenia Theater in Donostia, Arriaga Theater in Bilbao, Principal Theater in Vitoria, Gayarre Theater in Pamplona and Gare du Midi in Biarritz. In all of them all the tickets were sold and received very good reviews.

The rear screen of the stage becomes a giant window that allows the appearance of more musicians and from there we will go to know different countries and people. In addition, the variety of instruments on the board and its rich sound make this show a new and adequate space to promote the development of the txalaparta, becoming a meeting point for musicians and multiculturalists at a distance. This innovative multimedia concert, in addition to working on experimentation and fusion, deals with solidarity between peoples and interculturality. The show can only be offered by the group or accompanied by the guest musician. It would be the Mongolian musician Hosoo, leader of Transmongolian and who would sing the harmonic theme Khoomi and play the traditional Mongolian instrument Morin Khoor.

The Saharawi singer Aziza Brahim, who would also play the percussion instrument called “Tabal”. In some concerts the Berber singer Ouafaa Aouttah has also been as a guest artist. 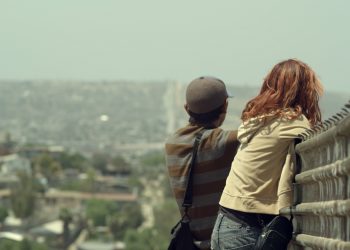